Jimi Hendrix is a legend who created history in the world of music by his revolutionary style of playing guitar and writing music. A guitarist, songwriter, and a singer par extraordinaire, credit goes to him for popularising the use of stereophonic and phasing sound effects for rock recording.

One can never forget the sheer magic created by Jimi Hendrix within a short spell of four years of fame. Jimi Hendrix was a spark that ignited millions of dreams and brought succor to music lovers in the sixties.

Jimi Hendrix was born on November 27, 1942, in Seattle, Washington. His childhood was a backdrop of poverty and hardships, fighting racism. It was his sheer passion for music and playing the guitar that made him an iconic figure.

A turbulent family life, incomplete graduation, or playing in local gigs, nothing could stop Jimi to acquire the cult status. Right from his first album Are You Experienced (1967), to his other albums like Axis: Bold as Love (1967), Electric Ladyland (1968) – he stormed the music circuit.

Jimi Hendrix performed at the Monterey Pop Festival, the iconic 1969 Woodstock Festival, and the 1970 Isle of Wright Festival. This spark of greatness was extinguished forever on September 12, 1970. 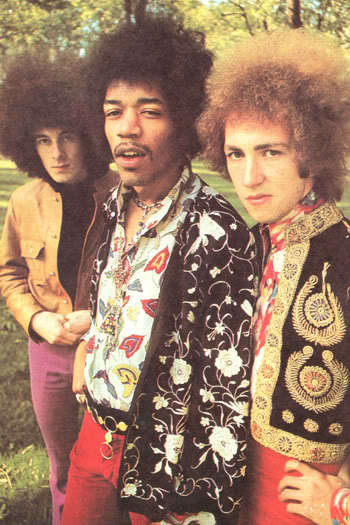 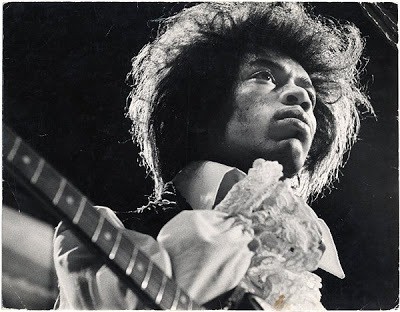 Jimi Hendrix took to fashion as a duck to water and created new trends in clothing and hairstyles. Till today, Jimi is known for his world-famous afro hairstyle. Jimi appeared in all the leading newspapers, magazines, and television shows sporting his famous hairstyle.

In fact, a set of hair curlers was one of the few absolute necessary accessories that accompanied him to England after his fame in 1966. Jimi also popularised the practice of wearing a wide-brimmed Western-style hat, adorned with a narrow purple band and various brooches. Even today, Jimi Hendrix brings to mind an image of black curly hair in Bob Dylan Style haircut sporting a “Westerner”, most likely accompanied by a purple bandana and a brooch.